Before The Drop.  How To Make EDM Buildups & Risers.

Building up to the drop is just as crucial as the drop itself. While the build-up can be one of the shorter parts of your track, it can be just as time-consuming to create as the other elements. It can also be just as fun to create. This is because you get the chance to really open up your effects and push them to their limits. While there are subtle instances of sound design involved for the most part its all about taking things from one extreme to the other.

Before we get into the construction of building up to the drop, we need to understand the reason behind doing this. The point of why this one part of your track that needs to be executed flawlessly and why its purpose is so critical.

You are walking at night. Alone. In the darkness that is only illuminated by a dim flickering street light. Your phone is to dead to play music. There is no noise from traffic passing by. There are no shops, no other people. There is no breeze. So it strikes you as strange when from behind you is the sound of a rustling in the bushes that you just walked by. Your heart begins to beat faster as now yours aren’t the only footsteps that you can hear. You don’t want to be obvious and turn around just yet. As you walk faster the steps behind you move faster. You were certain you were the only one on the street.

Your mind begins to race and question how you could have missed another person. Your adrenaline kicks in, your forehead develops beads of sweat. You straighten your posture and can feel how tense the muscles in your shoulders and neck have become. Who could be behind you? Why do they speed up when you do? If they wanted something surely they would've said “hey man” and if it was harmless they would’ve said “hello” as you passed them. Who are they? What do they want?

How does this apply to music? Simple.

What just happened is suspense. It makes your adrenaline kick in. It builds, and builds, and builds. As this happens you may feel your muscles tighten, your jaw clench, and your stomach twist. Apply this way of thinking when you are creating your drop. You have to build that level of excitement, anticipation, and suspense.

It begins with a steady pace that gradually swells with momentum. Faster, Harder, Louder. Here are some quick tips and examples that will pump some excitement and suspense into your next buildup.

My kick pattern is simple. 4/4. I achieved the sound by automating a low pass filter. The resonance knob is at 11 o’clock. I automate the cut off knob and have it start at zero and having it reach its peak by the end.

I used a “swoosh” effect sound. I started In my piano roll I used the upward staircase style of placement. Each note gradually increasing the pitch and velocity. I also used a 7 band EQ. On the last 2 bands that handle the low-end frequencies, I put them on high pass. 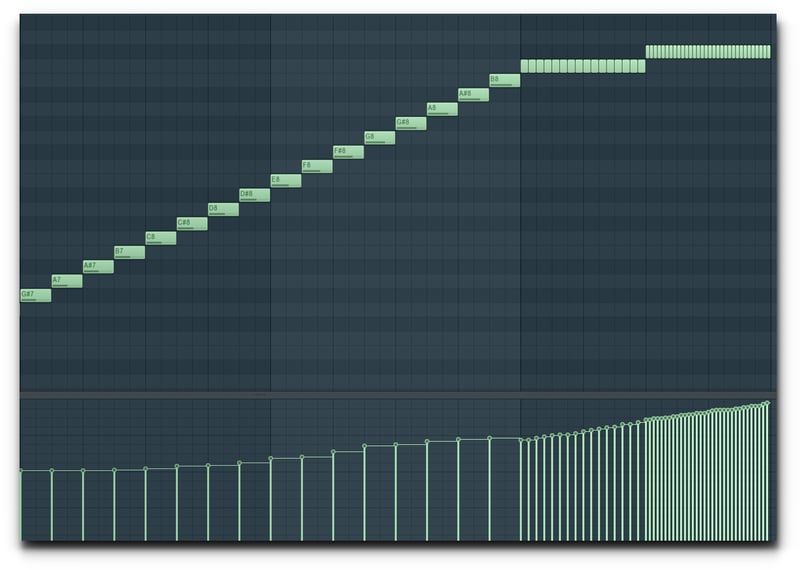 Towards the end, you can see I doubled the time, then double it again. Both having a more dramatic
Increase in velocity.

I created the white noise, “static sound.” I applied a 7 band EQ and I disabled all of the bands except for the first, that handles the high frequencies. I put it on Low Pass, turned the frequency knob all the way to the left so that it starts at 15Hz. I created an automation clip so that by the end, the knob will be turned all the way to the right at 15kHz. 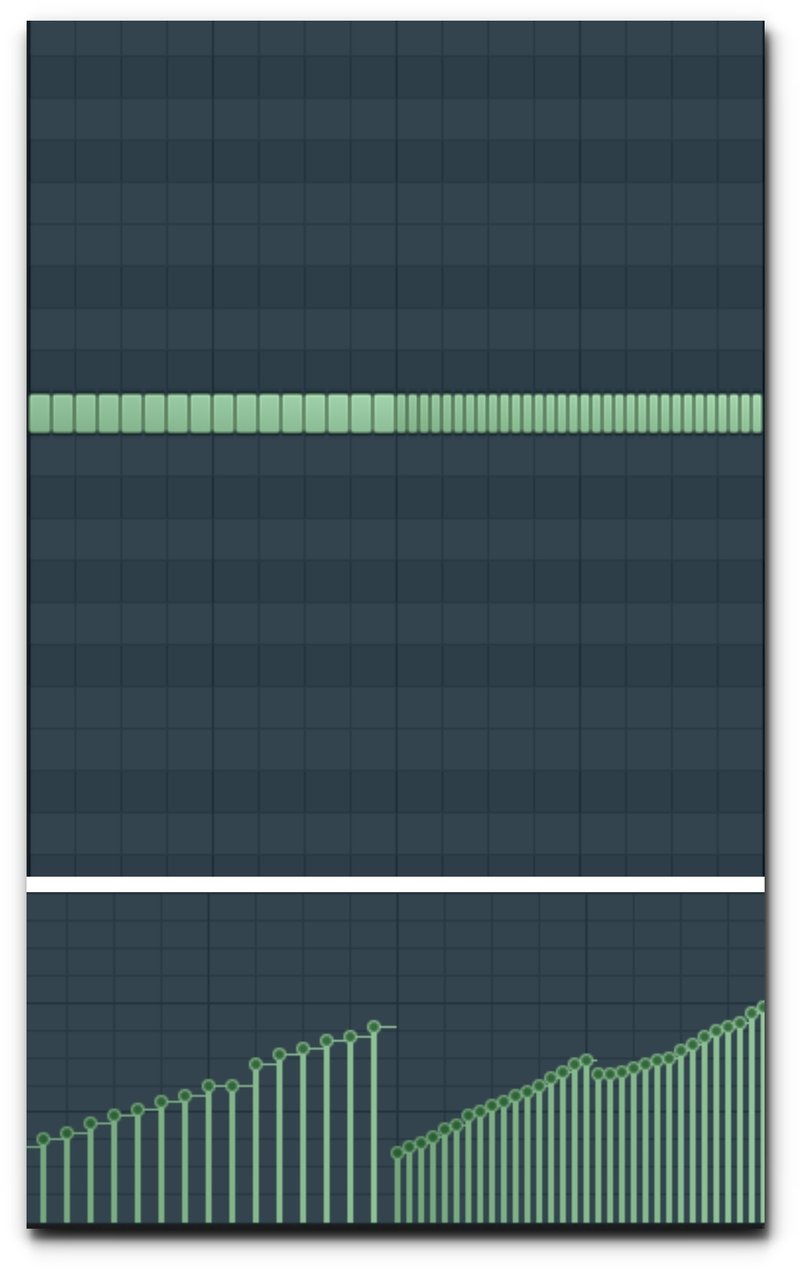 For this, I used W. A. Production IMPerfect Synth. Check out this awesome plugin HERE.

First I put a sequenced noise gate on it. This gave it a beat-synced kind of pulse. I then added a 7 band EQ and took the 3 low-end bands and put them on high pass. Lastly, I used a bandpass filter and automated the increase of the frequency. Starting at the lowest moving higher.

To beef it up a little I grabbed a percussive sample that I had already used in this track. Added a phaser and began with it 100% dry and automated the increase of the amount to 100% wet by the end. I also automated a gradual increase in volume.

LISTEN TO YOUR HEART

One thing that resonates with all people is the rhythmic pattern of a human heartbeat. Thump-Thump. Thump-Thump. You can dictate calmness, suspense, excitement, and relaxation by playing off of this.
How? Try using a percussive sound or even a kick layer that mimics the Thump-Thump. A human heart at rest beats at about 60-100 BPM. If you start at 70 BPM this would be calming and relaxing. It will take the average listener about 20 seconds to really pick up on it and be drawn to it. It will take another 30 seconds for them to want to sync with it. People resonate with a tempo of 70-100 bpm, and tempos of 120-130 bpm create excitement for some and anxiety for others.

Here is how it sounds when you bring it all together.

Here is how it sounds with the kick mimicking a heartbeat.

Hopefully these tips and examples inspire you to explore some of the ways you can build excitement before the drop.

How To Prevent A Muddy Mix With Clean Frequencies