A lot of producers struggle with chord progressions, scales, harmonies, and composing leads. This article will cover learning and memorizing notes as well as their placement and tonal qualities.

Music Theory has come a long way and has now adapted to musicians who are used to the interface found in their DAW. While this does still get just as technical, and can be hard to digest on the first go around, I plan on breaking down the technical terminology and the labyrinth of information into a universal language that everyone can understand.

The best way to understand chords and scales is to learn notes. Sounds simple enough, right?  Most of us are familiar with the layout of a keyboard from the Piano Roll feature in our DAW. Just as we make patterns for our music, there are patterns in theory. Recognizing these patterns make learning theory much easier. Let’s start with this pattern. 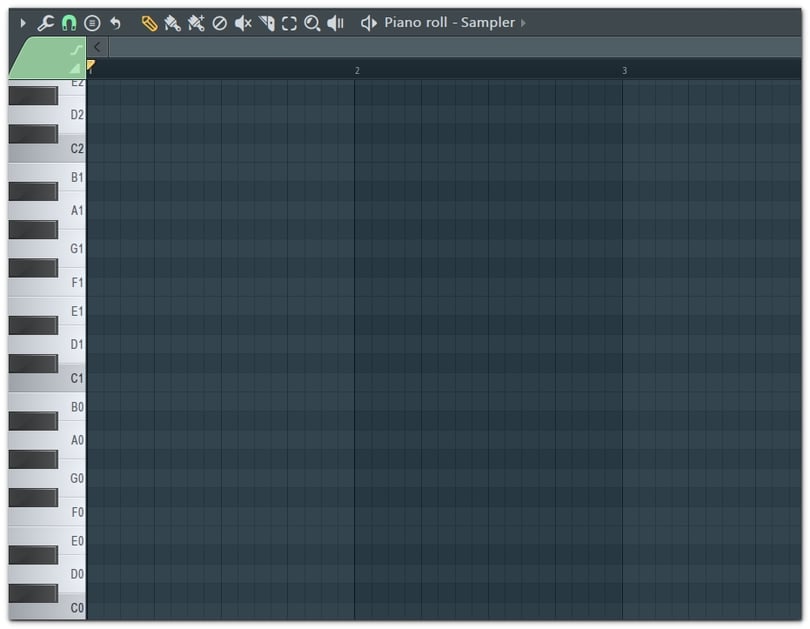 Now that you know C. The rest will fall into place. It’s as easy as learning your ABC’s. Yes, the alphabet song. A-B-C-D-E-F-G. There are 7 letters. Once you reach the G, you return to A. How do we remember our ABC’s? Well open your DAW or use your MIDI keyboard. Locate the middle C. This will be the closest C to the center. Remember just look for a group of 2 black keys, and C is to the left. You have 5 fingers, and you will take 5 steps forward on the white keys only. C,D,E,F,G. This makes the next white note? A. Now just as you went forward from C. Try going backward. C,B,A,G,F.

Here is where it gets a little confusing. Some of the black keys can actually be 2 notes. A sharp can also be a B flat. An A flat can also be a G sharp. The technical name for this is “en harmonic equivalent”.

Each note has harmonics and a frequency. You will have 1st, 2nd, 3rd (ect) harmonics. The second harmonic has double the frequency of the first harmonic. So let’s just say your starting harmonic is 100Hz, the next harmonic is double the first which would make it 200Hz, next would be 300Hz, and it continues. With C4 is 256Hz, that would make C5? 256 x2 = 512Hz. 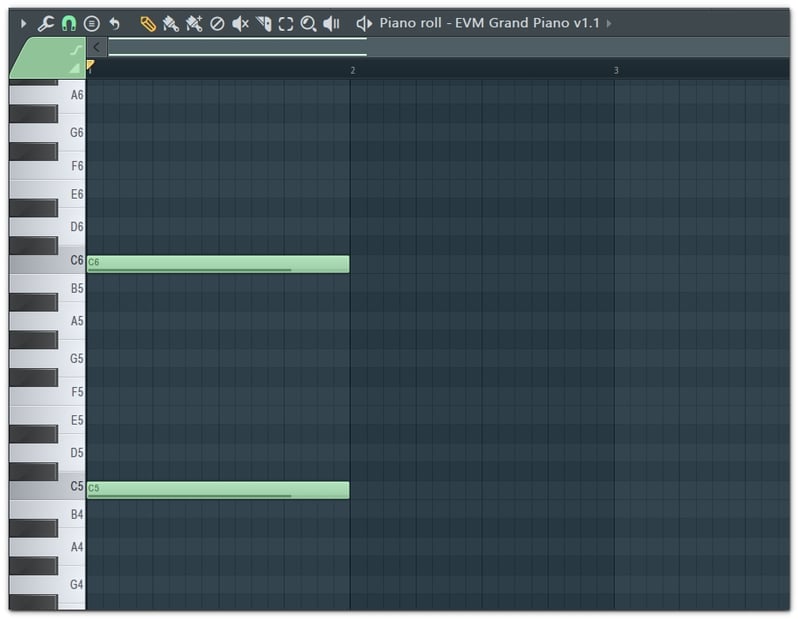 Now if you play note C5 and C6 at the same time, while yes they are both a C note it is the difference in octaves that separate one as higher and one as lower, but together they have a special harmonious tone.

TONAL QUALITY OF A NOTE

A note that has pitch is considered a musical tone. The pitch refers to how high or low the tone sounds. Bass being a low pitch and treble being a higher pitch. A tone being generated is depicted as a waveform. If we adjust the amplitude of a waveform we are adjusting the volume. If we adjust the frequency of a waveform we are adjusting the pitch. A wavelength measures the cycle of the wave. 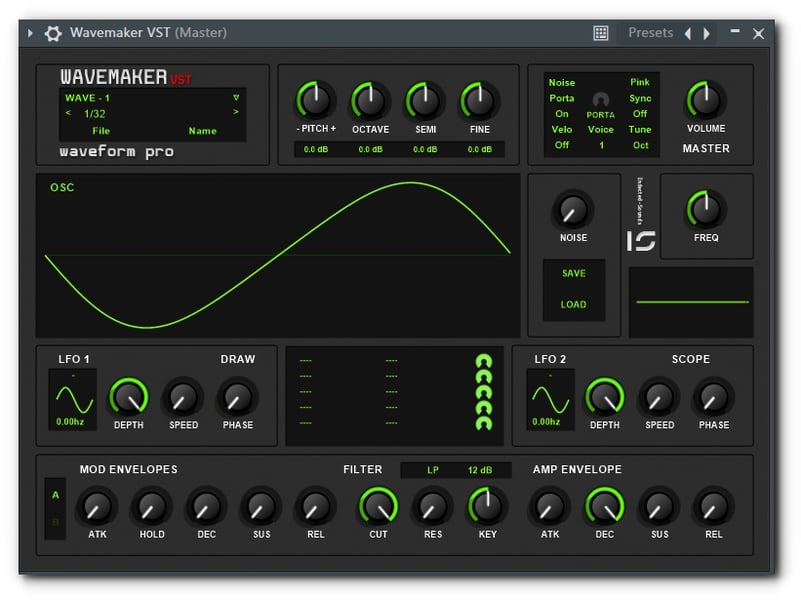 Above is a simple “sine” wave. The wavelength is the distance between the 2 identical points before it cycles again. As you can see above the starting and ending point of the cycle is the same point.

Below you will see an example of the same note played at different octaves beginning with the higher octave and then the lower octave. 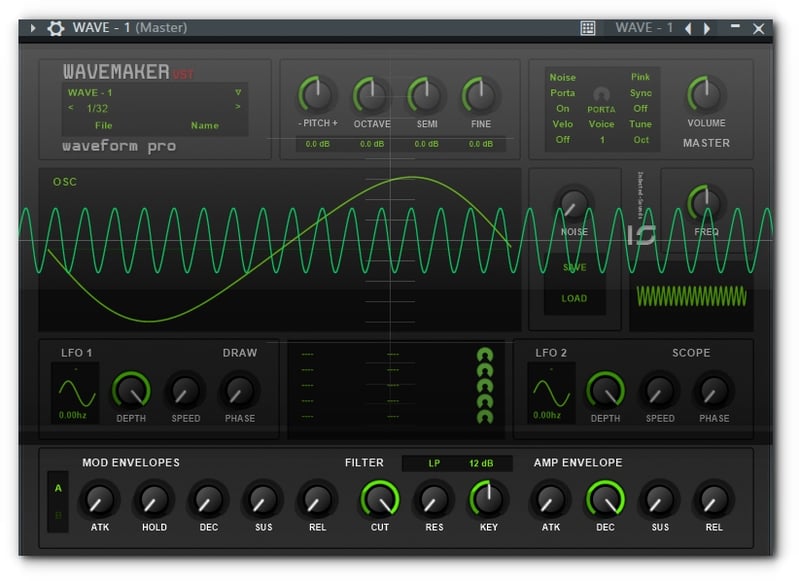 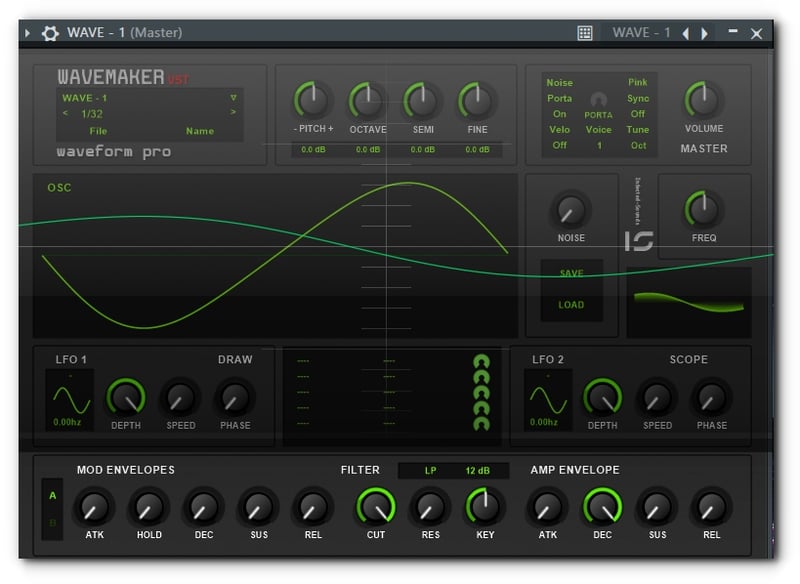 In our next article, on the topic of music theory 101 for electronic music producers, we will move on to a basic scale. For now, if you are serious about learning music theory and making some tight leads, great chord progressions, and epic melodies, try out the exercises below. They will help you memorize notes and note locations. You can do this on your piano roll, MIDI keyboard, or computer keyboard.

Locate the C note that is closest to center.
(Hint: C is always located to the left of the 2 paired black keys) 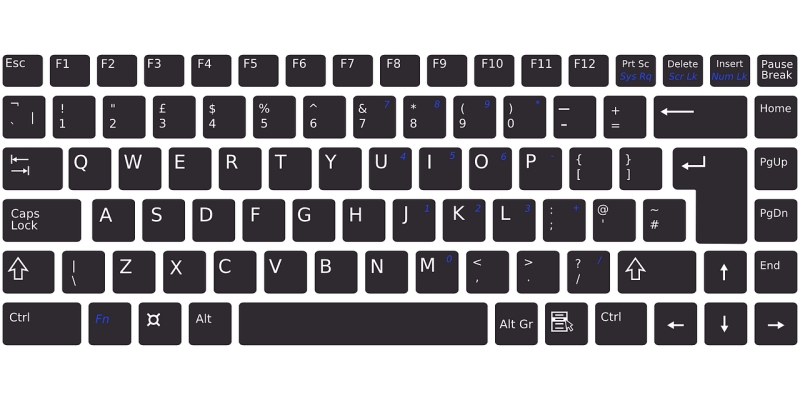 Depending on what method you are using, and what hand you use, using your left pinkie or right thumb, play the 5 white keys going upward in pitch. As you do this call out each note. 5 notes, 5 fingers. Starting with middle C. “C - D - E - F - G.”

If you are on a computer your notes will be assigned to the following fingers.

On a MIDI keyboard, your notes will be assigned to the following fingers.

Do this daily. Do it so often that you are sick of it. If you actually are brave enough to say the notes out loud as you play them, you will notice your voice changing pitch with the notes. While you are learning how to memorize notes, their order, and placement, you are also training your ear and your brain to remember the tonal qualities of the notes being played. This will help you recognize notes not by knowing what/where they are, but by just hearing them.

Until next time, keep practicing.

How To Get a Better Sound Using Filters

How To Use DAW Templates (FL Studio, Cubase, Logic, Ableton)